The research interests of the Breher group centre around the synthesis, structure, bonding and reactivity of organometallic and coordination compounds, namely unusual Main Group element clusters and transition metal or f-element complexes. All activities are based on a strong experimental background. Spectroscopic techniques including cyclic voltammetry, EPR spectroscopy, and advanced NMR methods as well as density functional theory calculations are also of interest.

Please feel free to get in contact with us if you are interested in further details about the research projects as well as open positions (BA/MA thesis, Vertiefungspraktikum, PhD or postdoc).

Novel ambidentate ligand systems comprising dual functionality are continuously developed in our group. Particular interest in this class of ligands arises from the possibility to form di- or trinuclear complexes consisting of metal atoms arranged in close spatial proximity. Our main research activities in this area are focused on the organometallic and coordination chemistry of tris(pyrazolyl)methanides and -silanides, tailored ligands for multimetallic complexes, and the synthesis of di- and trinuclear transition metal complexes and their application in homogeneous catalysis (elucidation of cooperative effects within the framework of 3MET).

Fundamental studies of academic interest are pursued in the field of organometallic main group chemistry, in particular, group 14 element cluster compounds such as heavy [1.1.1]propellanes. Although numerous quantum chemical calculations have been performed for these and related systems, synthetically accessible and structurally characterised species are very rare; experimental studies on the reactivity of heavy propellanes are still at its infancy. Our goal is to better understand fundamental aspects of the bonding within these clusters and to relate this with their reactivity. The development of catenated systems and electronically related heterocycles and cages are also of interest. 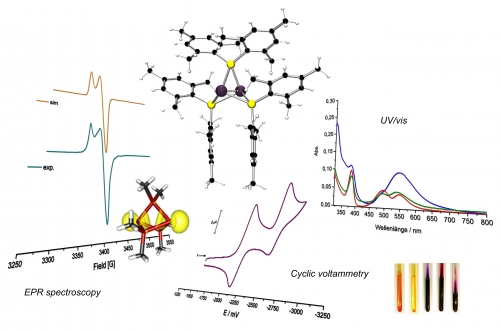 The research concerning multidentate ligand systems focuses on robust and easily accessible systems consisting of diverse donor functionalities. Promising ligands are employed in various areas addressing a wide range of disciplines. Activities on the stability, reactivity, and solution behaviour of f-element coordination compounds are performed in close collaboration with other research groups. 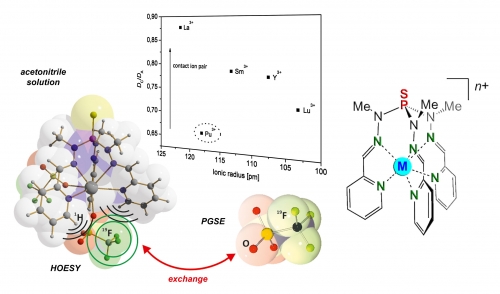 Molecules containing unpaired electrons are fascinating species. Several kinds of persistent and stable radicals have been described in the past, and several more general classes of (poly)radicals have been developed in recent times. As stated recently, “much of the current interest in stable radicals probably arises […] from the fundamental structure and bonding issues that naturally arise with this class of compounds” (R. G. Hicks, Org. Biomol. Chem. 2007, 5, 1321.). Most often, light carbon-based or heteroatom radicals have been studied. Investigations on heavier main group radicals are fewer in number, although the last decades witnessed spectacular discoveries in the chemistry of the heavier main group elements. Apart from the synthesis of yet unknown persistent and stable radicals, our interest in this area focusses on electrochemical and EPR spectroscopic aspects. 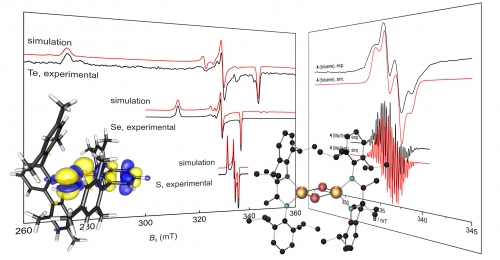 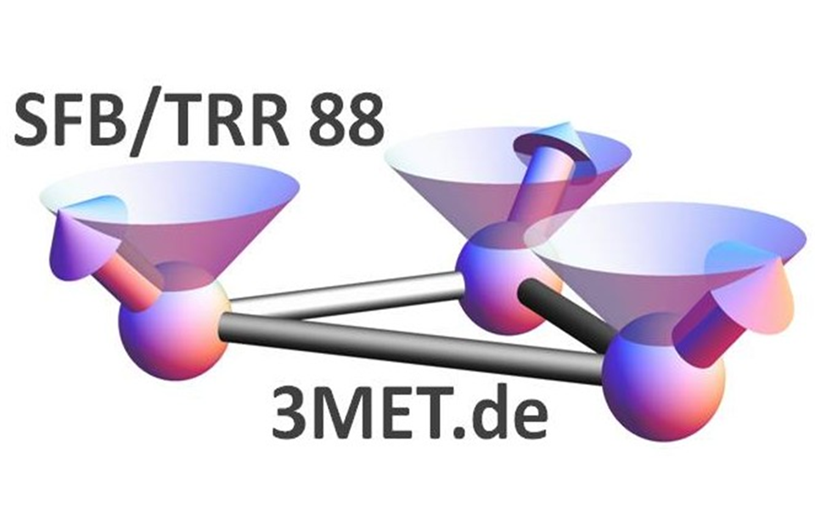